Last weekend we threw a surprise birthday party for Hershey.  He turned 68 and is feeling good so we celebrated!!  Ken and Tanis showed up for a “game of chess” and an early Birthday drink on Saturday.  After Angus, our 8 yr old neighbor who loves chess also beat Hershey and Ken,  they convinced him that some  boating friends who were renting the float home wanted to say hi.  Tanis just “happened to be talking to them in the parking lot.”

What fun!!  Judy and I had been scheming all week, had stocked up with the goods and checked into the float home Friday.  Hiding there got the party started early!!  THANX EILEEN!!  Here’s some pics from the morning coffee off the deck looking toward Bird’s Eye Cove with  Judy’s new Canon EOS Rebel. 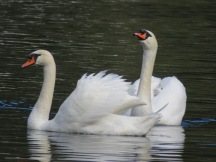 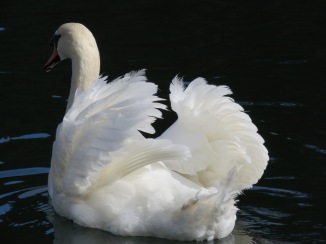 Thirty friends showed up for the BIG SURPRISE.  It was and is the Party of a lifetime as I doubt we would ever be able to pull this off again. Hershey had “not a clue” what was going on as he entered the float home.  Everyone was quiet waiting for him to come up the stairs.  Thank you to all who made this happen.  It will go down in memory for many birthdays to come!!