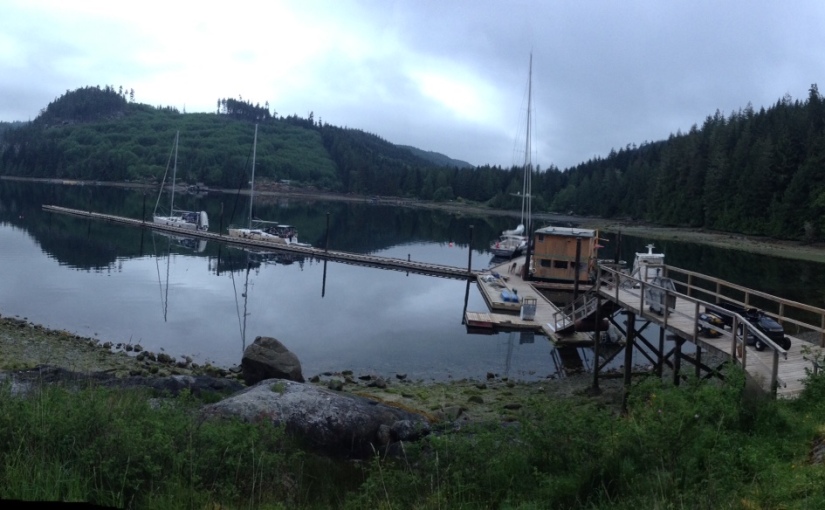 One the most enjoyable experiences we get from sailing is the other people we meet on the water.  In May and June as we head north, many other sailors from all over the world are making their way to Alaska, circumnavigating Vancouver Island or exploring the vast inlets along the Northwest Pacific Coastline.

There are many unique marinas in out of the way places where we hop scotch with other boats headed in the same direction.   Port Harvey is a favourite destination along Johnstone Strait.  George and Gail offer the BEST HOMEMADE PIZZA and deliver it to your boat!!  The first time we landed in the moorage was cheaper than the pizza!  (another bonus for sailing in the shoulder season)

TanyK was there to greet us, after first anchoring along with them in Thurston Bay at the end of Discovery Passage and meeting them again later at Port McNeill.  Paul Gunn and his first mate Tany from Washington State came aboard and happy hour stories commenced.  Later on in the evening a very sleek, perhaps 70 foot, “Moody” sailboat landed in from Bloody Bay in the UK.  WOW, the mast towered over the Bay and appeared taller than the trees on the surrounding hillsides.

In the morning the crew on Kerzad were enjoying their morning coffees while watching the hummingbirds fight over their feeder hanging from their halyard.  The young handsome Brits were searching for cell phone signals at the end of the dock and I imagined the adventures they were on on their amazing boat.  www.moodyboats.com

After another peaceful night at the dock we bid farewell to Port Harvey for Alert Bay to meet more boaters in other lives along the highway to the world.

Thanks for joining us in PORT HARVEY!! 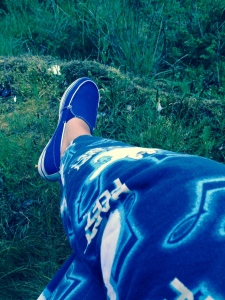 One thought on “THE HIGHWAY TO THE WORLD”